Do You Have Episodes Of Extreme Facial Pain? Here's What You Need To Know About Trigeminal Neuralgia And Its Treatment

Trigeminal neuralgia is an extremely painful condition that affects one of the largest nerves in your face. The trigeminal nerve provides feeling to most of your face, including your forehead, cheeks, and jaw. Trigeminal neuralgia occurs when this nerve becomes damaged, and it leads to episodes of extremely sharp pains felt all along the front of your face. These episodes are often triggered whenever anything touches your face, and even a gentle breeze can result in an episode of intense pain.

While trigeminal neuralgia isn't a fatal condition, the extreme pain can prevent you from performing normal activities such as going to work or school. Thankfully, there are several treatment options available that can help control the pain. Read on to learn more about what causes trigeminal neuralgia and how it can be treated.

What Are the Symptoms of Trigeminal Neuralgia?

Once the myelin sheath has been worn away, even light sensations can cause extreme pain all along your trigeminal nerve. Actions like smiling, talking, or washing your face can trigger bouts of extreme pain that can last for up to a few minutes.

Trigeminal neuralgia tends to worsen with time. When people first develop it, the triggered pain episodes are often sporadic. They typically won't occur every time you touch your face. As the condition worsens and the myelin sheath continues to degrade, the episodes become more common.

How Can You Treat Trigeminal Neuralgia?

Anti-seizure medication is the starting treatment for trigeminal neuralgia. These medications dampen nerve activity, which makes them helpful in treating this condition — when your trigeminal nerve is less active, you're less likely to have a pain episode. Unfortunately, medication often doesn't work long-term — it can't compensate for an extremely degraded myelin sheath. Once medication stops working, you'll need to consider surgery in order to help alleviate your pain.

One surgical procedure that can treat trigeminal neuralgia is microvascular decompression. This is an inpatient surgery performed at a hospital. During the procedure, a neurologist will make an incision near your ear and use a microscope to look for any blood vessels that are pressing against the trigeminal nerve. Any blood vessels that are near the nerve will be pushed away and relocated so that they're no longer making contact.

Another surgical option for trigeminal neuralgia is a rhizotomy. Unlike microvascular decompression, this surgery can often be performed in a neurologist's office instead of a hospital. The purpose of a rhizotomy is to destroy the portion of the trigeminal nerve that's damaged, which prevents it from sending any more pain signals to your brain. One way that a rhizotomy can be performed is to inject glycerol near the damaged portion, which will destroy it. Another is to use a camera with a cutting tool attached to manually sever the damaged portion of the nerve.

If you think that you have trigeminal neuralgia, schedule an appointment at a neurology clinic in your area. A neurologist can use an MRI to determine if trigeminal neuralgia is the cause of your pain since an MRI is able to show blood vessels pressing against your trigeminal nerve. You'll be able to start medication that can help alleviate your pain, and you'll be able to discuss which surgical options are best for you if medication isn't controlling your pain well enough to allow you to live your life without worrying about severe pain episodes.

If you are looking for a neurologist, consider a professional such as Dr. Jay Lombard. 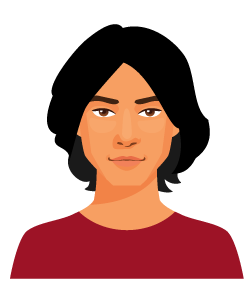 I've suffered from lower back pain my entire adult life. I honestly don't know why my back hurts, nor do I recall injuring it. However, I do know how intense the pain can be during the night. I lie on my right side in order to fall asleep. My grandparent also suffers from lower back pain. My loved one told me to contact a massage therapist or chiropractor for help. Massage therapy relaxes the muscles in your back. I took my grandparent's advice and scheduled a visit with a specialist in my area. The specialist examined my lower back and discovered inflammation in the tissues. After several sessions of deep massage, I now feel better. If you want to find solutions for your body pain, read my blog. You'll also find out why back pain occurs in the first place. Good luck and thanks for visiting.